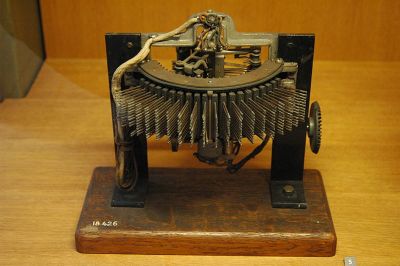 This style of network has one advantage but several problems.

This Internet-Map image is part of a larger one on Wikimedia Commons showing an extended star / mesh network.

Warriors of the Net - 13 Minutes

UDP for Audio and Video Streaming

To grasp the idea of encapsulation, think of a letter inside an envelope inside a mail sack inside an aircraft. The envelope, the sack and the aircraft all carry addressing information (the pilot knows where to fly to but is not interested in the address labels on the letters). The sack will be labelled with a sorting office address. The letter carries the street address.

Routers are mainly interested in IP address network numbers which are used to forward packets onto the next hop of their journey.

Switches are mainly interested in MAC addresses. The switch learns these so they can send data to the correct local hardware device.

Assume you want to send quite a large chunk of data across the network ...

LANs are confined to a single site such as a home, school or small business.

This diagram shows the smallest home or business network with a handful of computers.

WANs are made by interconnecting LANs using ROUTERS.

Here is a WAN map showing thousands of routes, all interconnected via routers.

This is a very widely used protocol (a set of rules) for many hosts (computing devices) to share a network. With the original Ethernet all the hosts shared the same cable so rules were needed to make this possible.

The Windows tracert command lists every router between your computer and the destination you specify. It is a useful diagnostic tool if the Internet seems to be broken.

To try this exercise, open a command shell window. Hit Windows-Key+R and type CMD. In this window, copy the command in the screen shot or try it with any other web address you are interested in.

This image shows traffic from the UK to the USA being routed via Yarmouth, Norwich, Ipswich, Chemlsford and London. It takes 6ms to bounce a signal back from London. Tinet handles the transatlantic link and the hop times are now 150 ms or more. In the USA, Cox Communications routers are handling the traffic. The final destination is Pacifica Radio in Los Angeles although their web server could be located elsewhere.

Most operating systems have something equivalent to tracert - Google will know.